Chiang Mai (in Thai เชียงใหม่), also sometimes written as “Chiengmai”, is the second-largest city in Thailand, and the largest and most culturally significant city in northern Thailand. It lies some 800 km north of Bangkok, among some of the highest mountains in the country. The city stands on the Ping river, a major tributary of the Chao Phraya river. Chiang Mai also serves as the capital of Chiang Mai Province.

In recent years Chiang Mai has become an increasingly modern city, although it lacks the cosmopolitan gloss of Bangkok. It has many attractions for the thousands of foreign visitors who come to the city each year. Chiang Mai’s historic strength derived from its important. Strategic location near a southern branch of the ancient Silk Road, and long before the modern influx of foreign visitors the city served as an important centre for handcrafted goods, umbrellas, jewellery (particularly silver) and woodcarving.

Chiang Mai has an estimated population of about 250,000, with 693,000 in the urban area. Much higher figures sometimes appear, but these may arise from confusion with Chiang Mai Province. The city is nevertheless growing rapidly, and its actual population probably exceeds the official estimate. 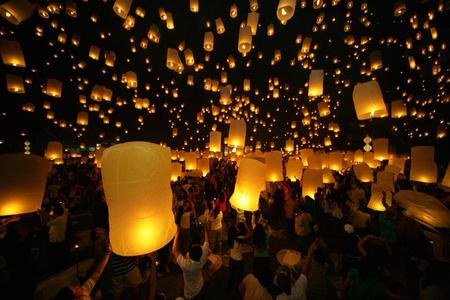 King Mengrai founded the city of Chiang Mai (meaning “new city”) in 1296, and it succeeded Chiang Rai as capital of the Lannathai kingdom. Mengrai constructed a moat and a wall around the city to protect it against raids from Burma. With the decline of the Lannathai kingdom, the city lost importance and often was occupied by either the Burmese or by the Thais from Ayutthaya. As a result of the Burmese wars that culminated in the fall of Ayutthaya in April 1767, Chiang Mai itself was so depopulated that the remaining inhabitants abandoned the city for fifteen years (1776 – 1791). Lampang functioned as the capital of what remained of Lannathai during that time.

Chiang Mai formally became part of Siam in 1774, when the Thai King Taksin captured the city from the Burmese. Chiang Mai rose in both cultural, trading and economic terms to gradually adopt its current status as the unofficial capital of the north of Thailand, second only in national importance to Bangkok.

Chiang Mai is a regional centre for a number of activities, including:

Bus, train and air connections serve Chiang Mai well. A number of bus stations link the city to Central and Southern Thailand, The Central Chang Pheuak terminal provides local services to other locations within Chiang Mai province. Services from the Chiang Mai Arcade terminal, north-east of the city, run several times a day to Bangkok (a 10 to 12 hour journey). This terminal also provides services to over 20 other destinations around Thailand.

The state railway operates at least two trains a day to Chiang Mai from Bangkok. Most journeys run overnight and take approximately 12 to 15 hours. Most trains offer a first-class (private cabins), and a second-class (seats fold out to make sleeping berths) service.